For who use CdC planetarium to get target coords

Like for the object, CdC author have decide to change things in Server setting in the last release.
Before working always in J2000 coords epoch, now he added a option to use the JNow or force J2000. Please modify your setting to “Force J2000” if you have different kind of coordinate system than the CdC default. Voyager work in J2000 for pointing like all plate solving systems.

I’m new to Voyager (currently using in Demo mode to evaluate) and finding that Cartes Du Ciel is returning incorrect target coordinates when using ‘Fast Find’ in On The Fly, no matter what I try. I saw this post from you dated last December - I’ve tried setting CDC to ‘Force J2000’ and also ‘Current chart coordinate system’, but both still cause Voyager’s ‘Fast Find’ operation to show wrong coordinates! I’ve checked as many obvious settings within both programmes, but just can’t seem to resolve. CDC itself is displaying the correct coordinate information of an object, either when selecting directly within CDC or after having requested a ‘Fast Find’ request from Voyager …

A SESAME look-up successfully returns the correct coordinates, but as I will normally not have any internet access I won’t be able to use this.

I’ve probably just made a newbie mistake and got a setting wrong somewhere, in either (or both!) programmes - any advice you could suggest for me to check?

code for CdC is really old so I dont think there is something to fix if they don’t have changed anything.
I installed the 64 bit version of CdC 4.2.1 just now and leave all by default and seems to work without problem.

Search with Fast find in CdC of M31:

Search with Sesame of M31:

This is the default setting in Cdc: 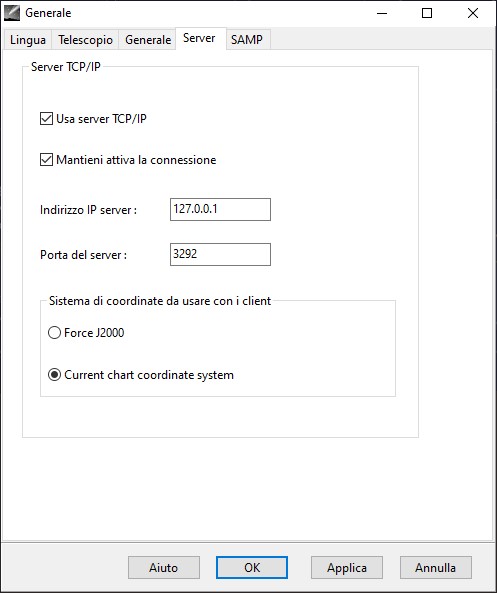 Thanks for your very prompt response and advice, especially on a Sunday morning! I believe I’ve managed to identify my problem, so I hope the following may assist anyone else with the same strange issue.

Having already set things up exactly as you suggested (several times!), I was still unable to get it to work correctly. Indeed, it appeared to be that sometimes it seemed to work correctly for some targets, for no obvious reason I could determine.

So, I decided to start again from scratch to see if I could find a setting I’d maybe changed that was causing the problem for me - I’d tweaked a number of things in CDC in order to make it more ‘personal’ so it may have been one of those settings?

I uninstalled CDC completely and re-installed new, then started to make the same amendments to its settings I’d made before, one-at-a-time, then testing Voyager’s ‘Fast Find’ operation before moving on to amend anything else. And yes, it worked perfectly after every amendment until I got to the part where I decided to install and apply CDC’s DSO catalogue pictures option - then the problem reappeared!!

So it would appear that the coordinate information for a number of objects had been corrupted by the addition of these pictures. Each ‘failure’ returned the same specific location of RA 23 58 56 043 and DEC 00 06 56.81, no matter what the intended target was. Not all objects were affected, which explains my earlier confusion regards sometimes being OK. The location RA/DEC information shown within CDC was absolutely correct; it was just sending the wrong info on to Voyager!

I uninstalled and re-installed CDC twice to check this scenario, and yes I can confirm that’s definitely what was causing my problem each time. So I’m now running it in its native form (no DSO pictures) and it’s working just fine with Voyager …

Many thanks, and I’ll now carry on with my testing; apart from this odd situation I’m very impressed so far and I suspect you may have another convert sometime soon!

You are welcome Richard.
Probably is a bug to signal to the CdC developer, thank you so much for your feedback.