These were taken the last two nights using Voyager. I’m now using MaximDL as my camera and guider and getting great results. Leo just added a dithering feature for Maxim’s multi-star guiding which I’m eager to try.

Globulars are those spherical-shaped “Cities of Stars” that orbit the center of the Milky Way in a kind of galactic halo. Globulars are among the oldest stars in the galaxy. William Herschel believed the jewel-like globulars were the most beautiful of all astronomical objects. All sufficiently-large galaxies appear to have collections of globulars. The Milky Way has an estimated 250, while our nearest neighbor, the Andromeda galaxy, has over 500.

The first image here is Messier 3 (M3). Discovered in 1764, it was the first Messier object actually discovered by Charles Messier. M3 is in the constellation Canes Venatici (the Hunting Dogs). Arguably one of the most beautiful globulars in the northern hmeisphere (comparable to M13, the Great Cluster in Hercules), it contains about 500,000 stars. It is about 34,000 light years from Earth, 32,000 light years high above the Milky Way galactic plane in it’s orbit about the core. The imaging was done the night of April 15/16, and consists of a stack of 75 one-minute exposures.

The second image was taken April 16/17 and consists of a stack of 85 2-minute exposures. M53 and M5053 comprise what is suspected to be the only binary globular in the Milky Way. M53 (the brighter object) is west of M3 in Coma Berenices (Berenice’s hair) and was discovered in 1775. It’s partner is NGC5053, more diffuse and much dimmer, with no bright core typical of other globulars. There is debris stretching from NGC5053 towards M53, proving their close relationship. Like m3, M53 also contains an estimated 500,000 stars but is far more distant at 60,000 light years from Earth and from the galactic plane. 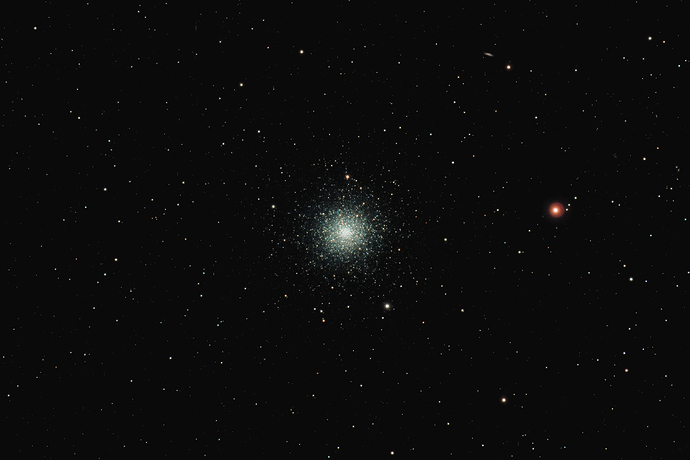 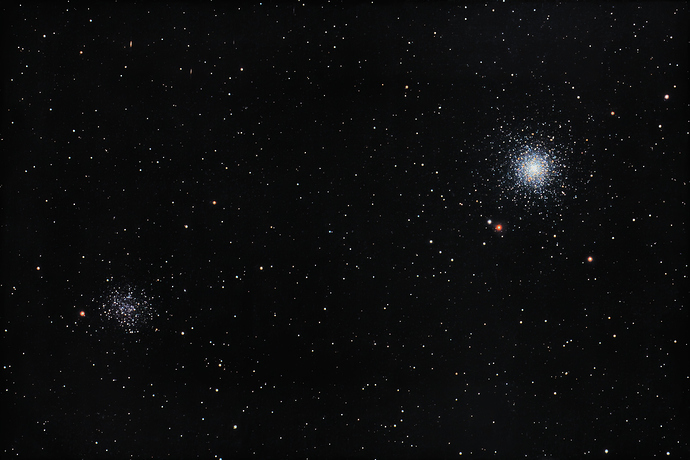