This barred spiral galaxy floats at the lower-left corner of the Big Dipper, so close to the star Phecda that I had to fight with star-beams in the corner of the image. It’s by far the most distant of the objects catalogued by Charles Messier and colleagues in the 18th Century from the tower of the Hotel de Cluny in central Paris. At 83 million light years distance, we see the galaxy in Earth’s Cretaceous Period, when dinosaurs still ruled the world and our distant mammal ancestors were no bigger than mice. Messier 109 was one of the very last items added to the list. 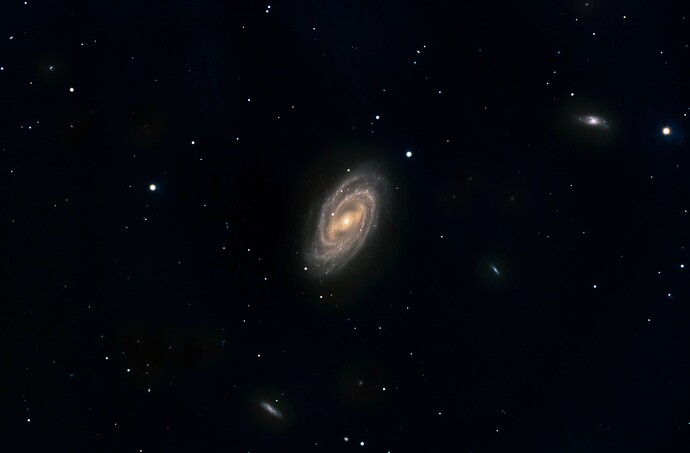