A rarely imaged Galaxy, NGC 45 is a low surface brightness spiral galaxy in the constellation of Cetus.
Unlike the Milky Way, NGC 45 has no clearly defined spiral arms, and its center bar nucleus is also very small and distorted. NGC 45 is thought not to have a galactic habitable zone. This is an area in the Galaxy where stars and planets develop that may have the ability to support life. For the Milky Way (Our Galaxy), the galactic habitable zone is commonly believed to be an annulus with an outer radius of about 10 kiloparsecs and an inner radius close to the Galactic Center.
Image Processing: Mike Selby
Imaged on our Officina Stellare RiDK 400 remote telescope at El Sauce in the Atacama Desert in Chile.
System controlled by Voyager from Leonardo Orazi
Chile Team: Mike Selby , Stefan Schmidt, Leo Orazi, John Kasianowicz, Scott Johnson, Josh Balsam, Rick Stevenson, Stefan Schmidt 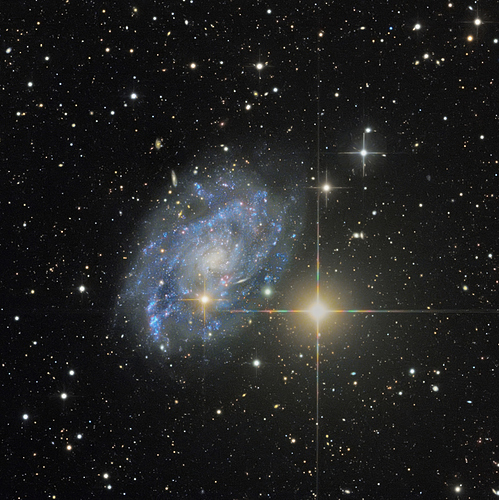 Great Job Mike as always … you really do a great AP in the last images shared.
Thanks for using Voyager.