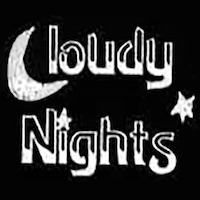 Page 6 of 6 - My rant on SGP, why not use handset instead? - posted in Beginning and Intermediate Imaging: And I find it has quirks due to needing to run with elevated privileges which are annoying. And also insecure...which is the main reason I...

I dont understand why all this hate to Voyager and me … i sincerely think about to end all !!
Sorry for this post but this really surprise me…

edit: i was refering to another post from another person.

Moderator deleted my reply … its really incredible !!!
I find what some are doing in the CN forum disgusting. There is a clear design to discredit Voyager with absurd falsehoods. As always when there is something different the solution is to destroy it.

I think you are going overboard. There will always be a fraction of people posting negative opinions but not nearly enough to affect your or anybody’s business. Let it go.

SGP gets bashed from time to time but that does not bother SGP developers and I suggest you do the same. Personally I see more people praising Voyager than SGP so concentrate more on positive comments and ignore negative comments.

Just ignore them. The Moderator is abusing his power just because he didn’t get what he wanted. If his present system is so reliable why not just go away and use it.

I would like to thank you for the best software I have used. As with all things I take a while to get my head round things. But Voyager is just giving me more and more confidence in my system.

Last night Voyager opened the observatory roof, cooled the camera, slewed to the target (M27), plate solved, carried out PHD2 calibration, focused, ran through 4 hours of LRGB and narrow-band. This included a meridian flip (Mesu 200), suspend and resume because of cloud, close the roof warm up the camera and a few other things probable that I missed.

Some people like to hide in the crowd and snipe out at anything that is different and does not conform.

I agree with the above three gentlemen. Often times, CN threads degenerate to name calling, scoffing, and ridiculing others who have different opinions and likes. Those who love Voyager, such as myself and an ever-increasing number on CN, will defend it.

Just ignore them. When someone bashes Voyager over what they perceive to be a problem, I simply let it go. It’s not worth letting them get to you.

I’ll trade a virtually crash-proof program, such as Voyager, over any program that has forced me several times to hard-boot my laptop after it has caused it to completely freeze.

Have a good evening, Leo.

Sorry for the outburst but read that Voyager invisibly creates rules in the firewall to do who knows what horrified me. Without words.

Thanks for your words.

Reading the post, the man basically showed his own incompetence in what is actually a simple setup procedure. This is not worth getting upset about.

CN in general is nothing to worry about. The level of quality there has dropped off of a cliff recently.

Agreed. There are good reasons why traffic there has fallen-off as of late.

Agreed. There are people who post really interesting information which is why I keep an eye on CN. On the other hand I’ve seen some completely false and unfounded claptrap and that thread is a prime example.

I think it’s easy to get despondent when that sort of thing happens but ignore it ! Keep doing what you’re doing Leo, we are all benefiting from your good work.