A productive four nights with Voyager

After weeks of poor weather the skies finally cleared here near Melbourne (Australia) and on a new moon weekend as well. Given how poor the weather has been I set up both imaging rigs on all four nights to get everything I could. Voyager worked flawlessly on both setups on all four nights with dragscripts managing everything from the initial plate solve and sync to sky flats (For the ASI2600, the 294 needs fixed length flats) and parking the mounts at the end.

All images shot with Voyager, integrated in Astro Pixel Processor and post in Photoshop.

First up was the inevitable image of M42, this is 100 X 10 second subs and 37 X 600 second subs, layer masks used in Photoshop to reveal the core without losing the faint dust. This was shot with my ASI2600 OSC camera and Stellarvue SVX80T on an ioptron CEM70G mount. Shot over three of the four nights. 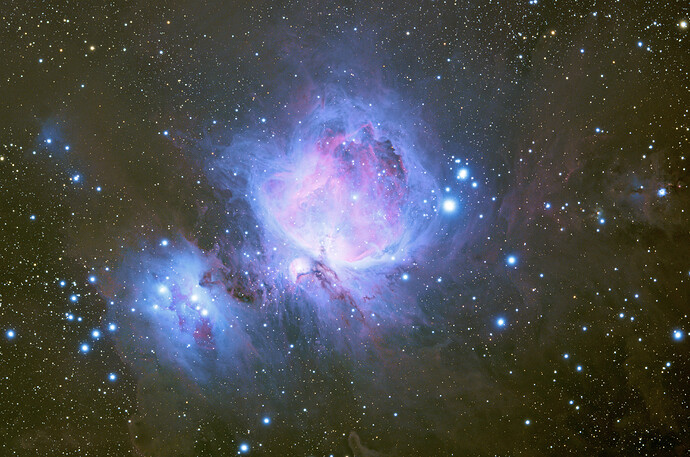 To fill in the last night I shot the Witches Head nebula with the same equipment, I need to reframe this to eliminate the light from Rigel. 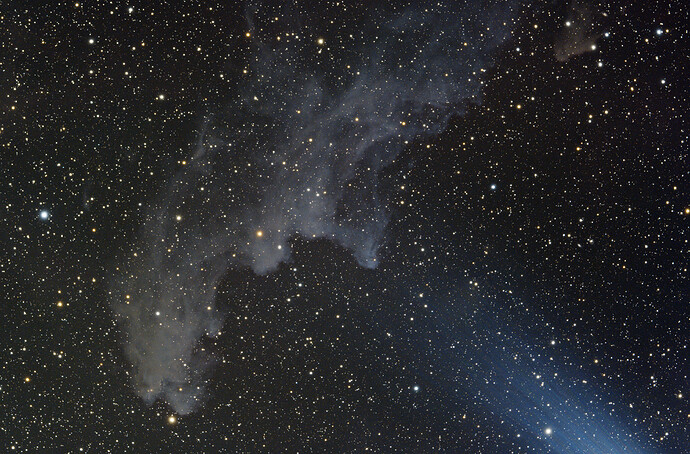 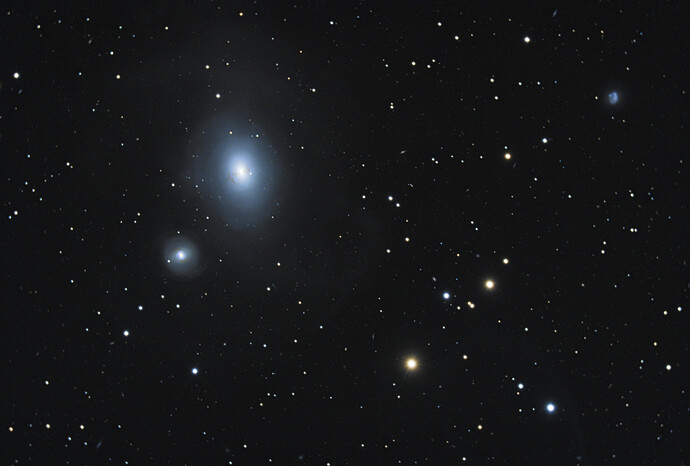 Finally and with the least data, NGC1398. 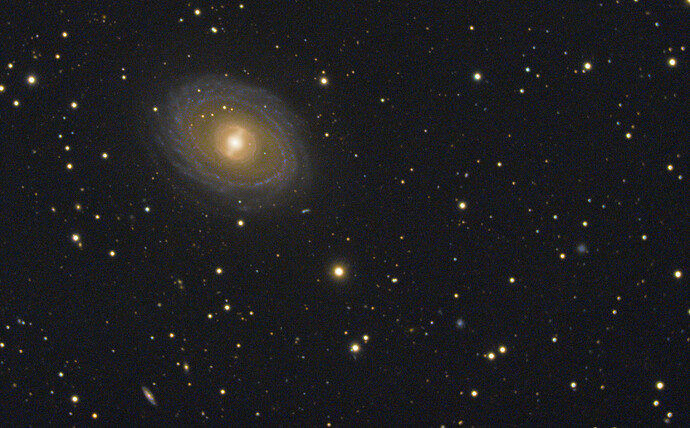 congratulations … really happy finally you have a nice time with our common passion.
All the images are a great result with plenty of color and details. Congrats again and thanks for using Voyager.

Thanks, I might have to eventually replace the SCT with something more suitable for imaging as it lacks that last bit of sharpness, but I am asking quite a lot of a scope which was not designed for astropohtography, it really is a visual scope taken well out of it’s comfort zone.

I was really happy with how Voyager performed over the nights, I have some recovery blocks set up in case cloud interrupts the guiding which worked perfectly on the night that a band of cloud passed through, both rigs had about a 40 minute pause in the flow of images and examining the logs shows that guiding failed and Voyager parked the mounts, then after a few retries (I set a ten minute pause in the loop to allow passing cloud to clear) they continued on imaging until the end of the night…

Would you be willing to share your scripts to help a newbie get started? (Newbie to Voyager, that is, not to astrophotography or programming/scripting).

I can, but I had better add some comment lines so it is obvious what each block is intended to do. Hopefully I will get a chance to do that this weekend, then I can post up the main one I use.

I would appreciate it, thanks!

To close the loop, I did put that script I have been using in the script sections, I saw at least one other user had grabbed it and started modifying. 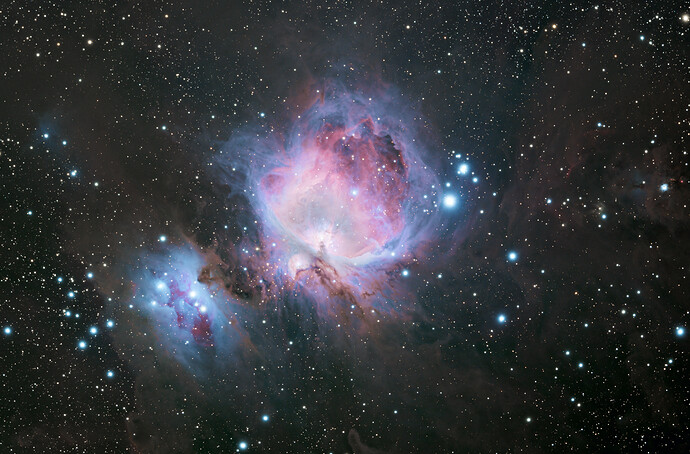 I actually have one more to add, a few weeks ago I was gifted a damaged HA filter. The crack in the filter was in a position that did not impact on my APS-C sensor (It was a 2" filter intended for an APS-H camera)

So, after a bit of fiddling to get focus working with an OSC camera and narrowband filter (The blue and green pixels lacking data messes with the HFR calculation) I shot a night of HA, processed in in Astro Pixel Processor using the debayer algo designed to extract HA data from an OSC camera and blended it in. I have tried to keep it subtle rather than overpowering the rest of the image. 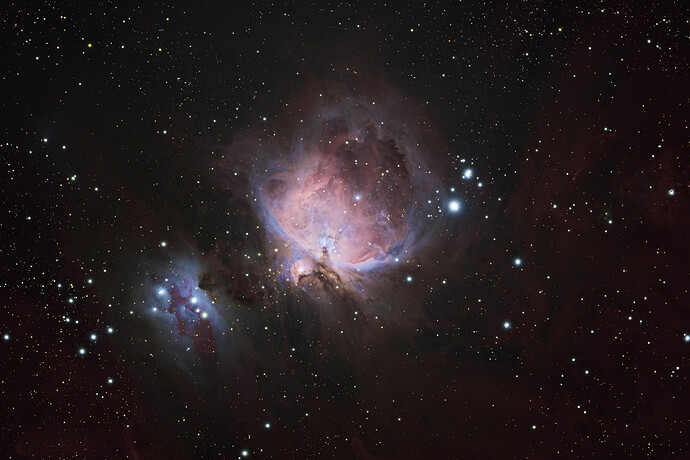 Another “Finished” image to add to the list, I turned the Witch Head nebula in to a mosaic, with a variety of camera angles and panel positions to tame the light of Rigel as best I could. This took a lot of work creating mosaic plans in the virtual field of view, then shooting test shots and bumping panels around and rotating the camera in order to get enough flare free data to generate this image. I would have liked to get much more data on each panel but the weather has been too foul. 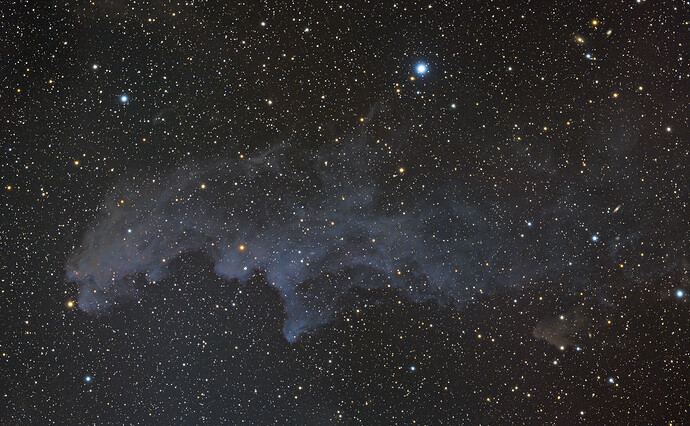 Really Nice Paul, you have done a great job.
Not easy target and I understand all the work is behind, my respect.

It looses a bit in the compression, link below to Astrobin, which is still reduced in size from the original.