Looking for advice on NUCs or Mini PCs that work well for you. I’m looking to upgrade my system and want to make sure I don’t bottleneck Voyager and regret my decision.

I will not be using this portably. This will reside inside an observatory permanently.

I have an 8th gen i5 and a 10th gen i3, both with 500gb M.2 drives and with 8gb of DDR4 memory. The only thing to pick between them is that the i5 is a trifle faster when plate solving with plate solve 2 (Both rigs have ASI2600 cameras, one mono one OSC, so the same file sizes to deal with) If I was going again from the start I would buy a pair of i3’s.

Both are in protective enclosures with panel mount extension cables to bring USB ports outside and both have 12V-19V DC-DC converters inside the enclosures, so my rigs run off a 12VDC power supply each. The NUC’s are supposed to be OK at 12V but I found the first one I bought unstable that that voltage.

I’m a fan of the Lenovo ThinkCentre mini pc’s. I have one for each scope, it doesn’t ride on the scope like you might with a NUC, but I only have one USB and one power cable leading from a box at the foot of the mount up to the scope. My mini PC’s are all refurbs bought from Amazon and they were under $200 with really good specs and usually Win10 Pro included.

I use a BMAX with the Celeron J4125 chip. The I was skeptical of a Celeron, but the CPU benchmark score (3,020) is better than some i3 chips. With this unit I am able to use Windows RDP (way better in my opinion than VNC/TeamViewer . . . ). I have PHD2, Voyager, Stellarium, and sometimes Sharpcap all running at once and never have a problem. I am even able to use Stellarium on that computer remotely.

Amazon does not sell this particular model any longer with that chip so I would find one with Windows 10 pro (for RDP) with a J4125 chip. There are a handful out there:

I’ve recently (last couple of months) invested in a couple of Bee-Link U59 for my mounts. They are latest gen Celeron (N5095) and run native 12V. Mine are both 16Gb RAM and 512Gb SSD. They both shipped with Win10Pro and have been upgraded to Win11 (even though the N5095 wasn’t initially on the compatibility list it did get a std Win11 upgrade notification).

I chose the U59 as it was the successor for the U55 (which had lots of positives reviews on CN) and was one of the few still running 12V (all of the i3/i5 units run now at 19V). It is similar to the GK55 mentioned by Jamie_Flores but the new N5095 can handle 16Gb RAM. I have mine mounted to my tripod operate primarily in RDP to either my PC or ipad. It is not fanless but the fan seems to have little noise/vibration.

I have seen no issues so far, including imaging DSO with an ASI294MM Pro in full Bin 1 (44 MPx) mode. I am normally running Sharpcap Pro for alignment, then Voyager/CdC/PHD2/Fitviewer. I have also run Stellarium (graphics bit slow via RDP) and ST4. One of them is happily running Voyager at the moment (first clear nights in a month).

I bought via AliExpress (as they are not available direct in AU or via Amazon AU) at around $A400 ea (plus our local taxes), but given Bee-link has been prevalent on US Amazon it is likely they are available there if you are in the US.

The only issue I had was a firmware bug that stopped the “boot on power on” running correctly. A firmware upgrade was on the shipped SSD image (though I didn’t notice it until I found some poor references in a Bee-Link site post that made me look a bit more closely!!) which worked a charm. 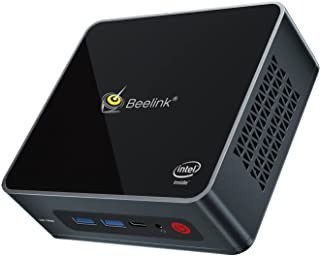 it’s very fast, no bottleneck with Voyager or anything else astro-related (except stellarium).
powered by 12v
it works perfectly for me and I’d buy it again

Wow, those N5095 chips have some power with a CPU benchmark of 4,183! Good info and not much more $, if not the same as the J4125. I’ve tried a Raspberry Pi4 with Astroberry and Stellarmate (same thing) and Windows is still the way to go especially with Voyager!

For “fun” I got a cheap Windows 10 Pro stick, low power, low specs and it runs fine but it is just a little slow. I use that for my Sky Adventurer 2i and it does the job, but for only $100 bucks more you can get a nice machine as above that runs just as well as a laptop, but with a fraction of the current.

I have my mini computer resting on the eyepiece tray since I switch OTA’s often at home. When going remote I have the same setup, but use a mini 12v router that will plug into the ethernet port. I then RDP into the scope with the Windows Android app (or laptop). With the mini router I have a great wifi connection that I can connect multiple devices to without internet or even a phone signal.

Word of warning though regarding GPS and USB3 . . . users and myself included, often have trouble locking on a GPS signal when the computer (USB3) is on. So all I do is fire up my mount, let it lock in to the GPS unit (10 seconds or so), then fire up my mini computer. -I use a third party GPS unit (stargps) for my Celestron CGEMII mount.

After few days of usage I must say that it’s much more reliable than Astroberry + RaspberryPi setup.

Same here. The Mele Quieter2 is working very well. Not using it with Voyager but have ran two high speed cameras acquiring data for ISS transits and it copes really well saving to disk and maintains top frame rate.

Plus, it’s so small in dimensions that it would fit in electrical box

I have a question for you owners of these Mini-PCs,
which is the maximum refresc/fps you can get, not locally but from the remote interface screen (Remote Desktop, TeamViewer, VNC) ? curiose to know since I shot the Sun at high resolution gropped 320x320 at 300/fps.

I run my system on a little nuc, works like a charm. My advise would be to not go for the latest and greatest, you simply dont need it to run an astro-rig. Look for one on the used market (I did), its easy to enough replace a harddrive and upgrade the RAM if you wish later.

I have a question for you owners of these Mini-PCs,
which is the maximum refresc/fps you can get, not locally but from the remote interface screen (Remote Desktop, TeamViewer, VNC) ? curiose to know since I shot the Sun at high resolution gropped 320x320 at 300/fps.

High resolution focusing on the sun requires a very high framerate to be able to evaluate the right time to press the REC-STOP button, pointing the detail of a spicule or a dynamic Jet of Plasma at a frame rate of 15-20 it’s difficult, I think I need to return to the VGA UTP Extender again, attached two pictures of some good moments, the spot in particular, what generaly looks black, I highlighted the plasma inside the spot. 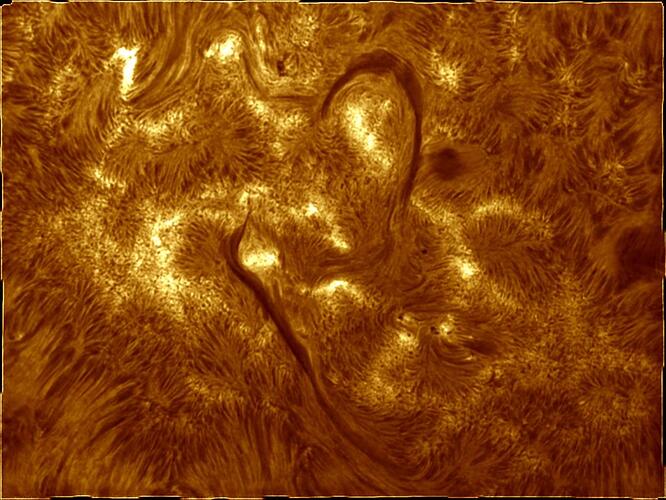 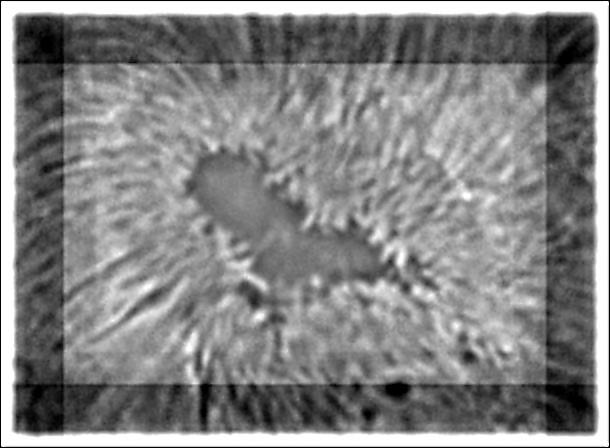 I do solar also - https://astrobin.com/users/rbotero - your pictures are much better than mine though!

You don’t need 300fps to accurately assess focus, you must know this. Your eye will not be able to distinguish between 10 and 30fps.
If you are talking about fps for acquisition, which may have become lost in translation (sorry), then yes, the Mele should be fine if your ROI is adequate.

Today I received the NUC Beelink U59 11th generation Jasper Lake N5095 with Win11 for 240 euros, amazing how it runs Voyager Advanced with 16 targets, the CPU keeps 45% with a minimum effort, clear demonstration that Voyager’s codes does not put under pressure.

It seems that the Nuc Beelink U59 has Wake On Lane problems, I report this here because most of us need this, I followed all the instructions on a file found on the SSD but despite, it doesn’t work or is unstable, For those who own it, do you have the same problem or have you solved it?